Will digital laws lead to a malware “rush”? This is the opinion of Apple’s software chief The Web Summit, which started at the Altice Arena in Lisbon on November 1, continues its course until its closing, this Thursday the 4th. The professionals who have participated have taken advantage of their interventions to discuss pressing issues, such as the metaverse in the case by Martin Sorrell.

Craig Federighi, Apple’s senior vice president of software engineering, used his speech to speak out against Europe’s proposed Digital Markets Act. The expert has stated that the requirements of the law would undermine the security of the iPhone and that it would lead to a “gold rush” of malware.

The proposed legislation is being studied by the legislators of the European Union. It includes provisions that would force companies like Apple to allow third-party app stores to exist on their devices.

“European lawmakers have often been ahead, but requiring this sideloading on the iPhone would be a step backwards,” says Craig Federighi at Web Summit. “Instead of creating options, it would open a Pandora’s box of unreviewed, malware-ridden software and deny everyone the option of the iPhone’s secure approach,” he explains.

Federighi’s comments come at a time when Apple is facing global pressure from regulators. Likewise, he has to fight litigation at the same time so that he opens the App Store to the competition. In this way, what analysts estimate that the firm reports more than 20,000 million dollars a year, in the case of the iPhone manufacturer, would be threatened.

In September, a US federal judge ruled that Apple must allow mobile app developers to direct consumers to external payment methods. Thus, the brand must allow alternative payment methods in its app store, although the 30% commission is maintained. This was the result of the lawsuit filed by Epic Games, the developer of Fortnite, against the apple company.

However, it stopped short of ordering the company to allow third-party app marketplaces to run on its operating system. 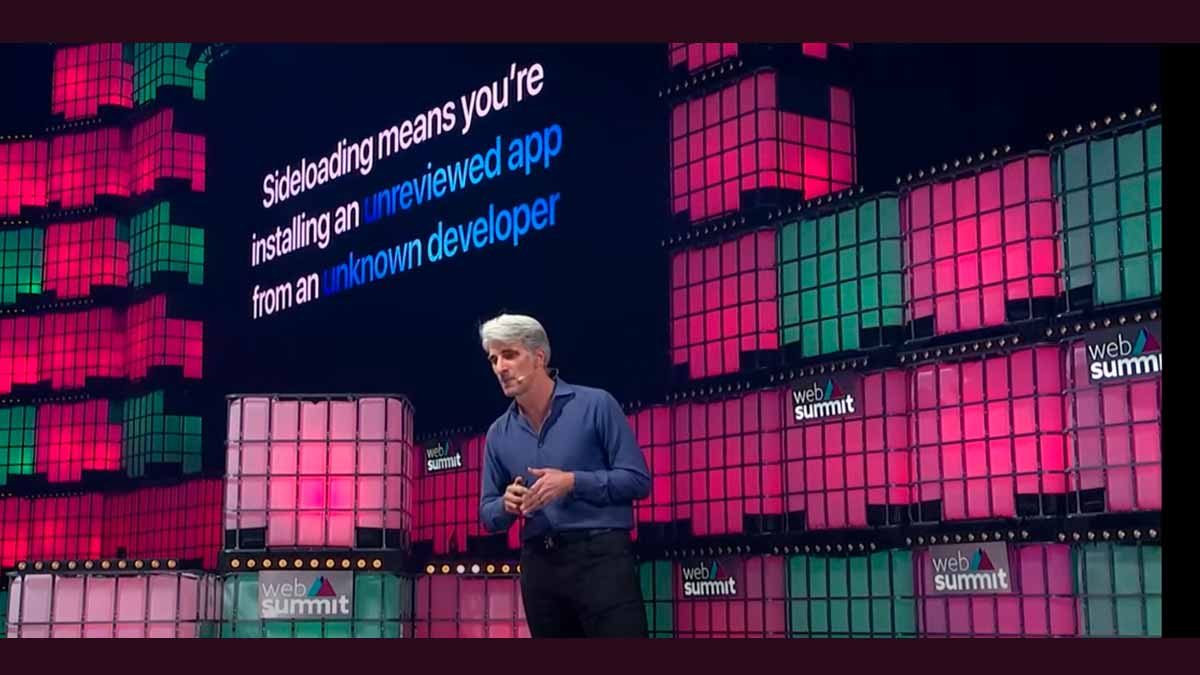