Can we afford the iPhone 13? The days we need to work to buy it

Apple has already presented the new iPhone 13 and other products that will see the light of day in the new batch of launches. Every time one of the apple company’s items hits the market, we see images of endless queues at the doors of stores of people who can’t wait any longer to get hold of it.

But can we really afford to buy an iPhone 13? Like every time a new iPhone model comes out, Picodi.com’s analysis team has compared prices with salaries in several countries. In this way, he has calculated how many days the inhabitants of each one need to work to buy the new Apple flagship product.

In Spain, the price of the iPhone 13 Pro will be 1,159 euros. According to data from the National Institute of Statistics (INE), the average salary in the country is approximately 1,907 euros gross (about 1,500 euros net).

This figure means that, in order to buy a smartphone, the average Spaniard would have to work 16.2 days. This, as long as it is assumed that you spend everything you enter on the purchase of it.

In any case, what is clear is that a good part of the citizens are going to pull savings and tighten their belts in order to acquire the iPhone 13, as we have seen on previous occasions. At the moment, we know that it has a very similar design to the iPhone 12, but with a better camera, faster and more powerful. 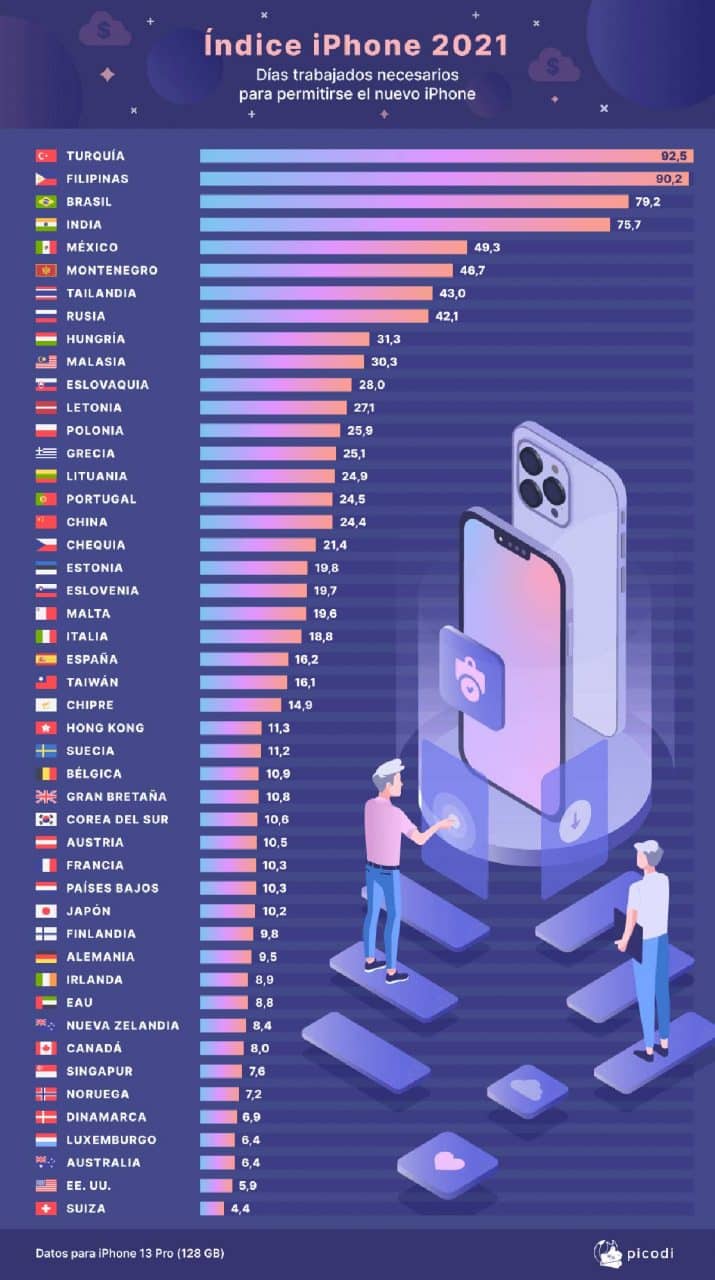